What is Elote seasoning?

You may have heard of Elote before, but did you know the very word “elote” in Spanish translates to “corn cob” in English? Elote, also known as Mexican Street Corn, is a popular snack throughout Mexico. Made with ears of cooked sweet corn that are slathered with a layer of mayo and Mexican crema then sprinkled with cotija cheese and a blend of spices, this street food is irresistibly tasty. 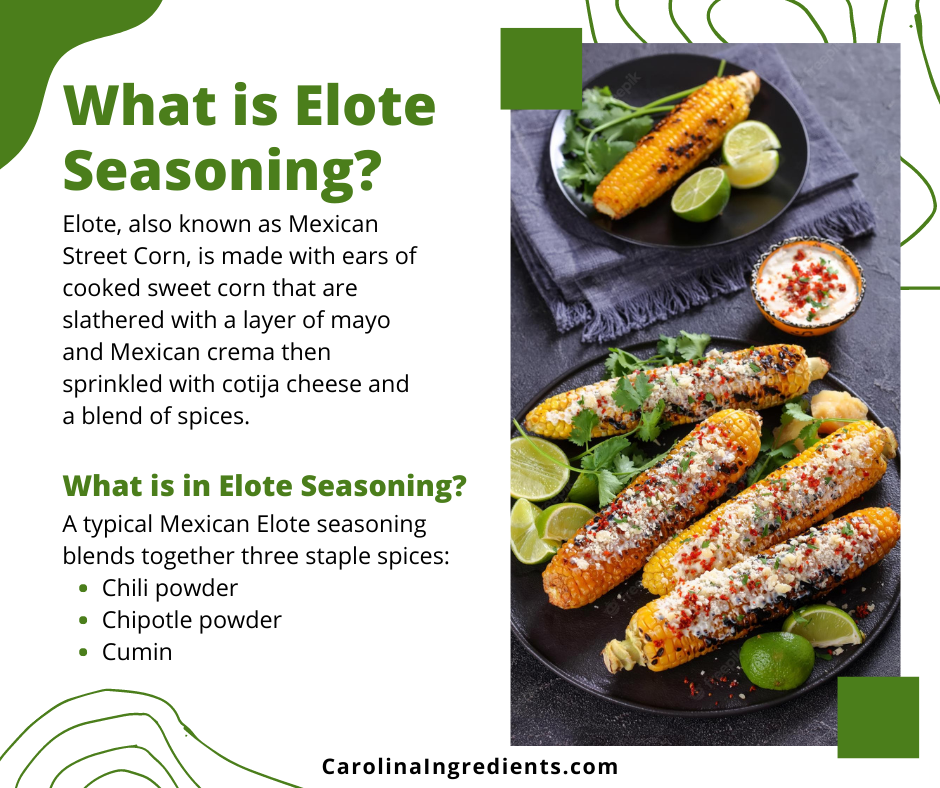 What is Elote made of?

Many Elote corn seasonings also include a combination of dried cilantro, sea salt, parmesan cheese, and cane sugar to elevate the flavor.

What is Cotija cheese?

Curious about this inspired blend? Reach out to sample our Elote seasoning!

We are helping to conserve the environment; Our building is LEED Certified.